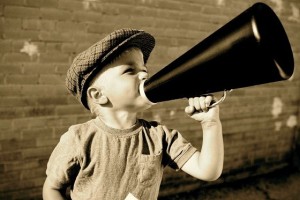 When you have good news to tell, who is the first person you share it with? Your husband/wife? Your parents? Your best friend?

Good news is often shared first with those closest to us, but very quickly spreads as we want the world to know of our joy. The invention of social media, such as Facebook and Twitter, has made sharing news to the masses so much easier and faster, but even before our news becomes public, there will always be the close few that you want to tell in person.

OK, so God didn’t have Facebook when Jesus was born, but He still had a chosen few that he told first – some shepherds.

I’ve often wondered, out of everyone in the World, why would God send Angels to a group of shepherds? Especially when in those times, sheep farmers had very little value to other people in society, they were not important people; surely it would have made more sense to send the angels to the priests or scholars, people with a reputation and upstanding in society.

These shepherds would of known they were unimportant. They would of known how society saw them, and I imagine that they just learnt to accept that they were unworthy of anything, that they had no value and that no-one thought much of them. But God did! God saw these shepherds as worthy. He saw them as important. He saw their true value, and so He brought them into the most amazing story of the Saviour’s birth, making them the first to know that God had arrived in human form, giving them the task of sharing this good news with everyone they met.

You may be feeling unworthy, of little value and that no-one really cares about you. Maybe you think you’re not important and you’ve learnt to simply accept your place at the bottom of society. My prayer for you is that you’ll take hope from this Christmas story, and as we continue through this Advent season, that you’ll see the value God sees in you.  Whatever society may teach us about values and importance is blown apart when God shows up and says to you, “A Saviour has been born to YOU”.