Cast your mind back to just before the Covid-19 Pandemic hit and you will remember that our missionary, Trudi Clements, was in Mexico.  You can read her update of what she was upto back in March 2020 HERE.  The pandemic brought Trudi back to Plymouth for 2 years before she was finally able to fly back to continue her work in Guachochi, a City in the North of Mexico earlier this year. 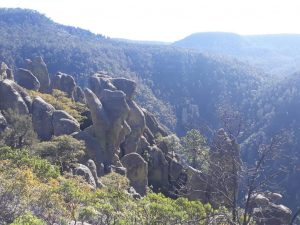 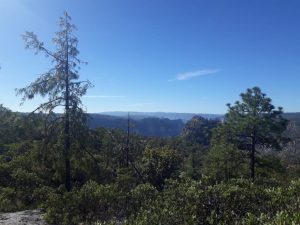 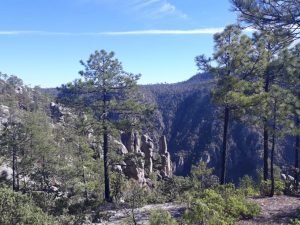 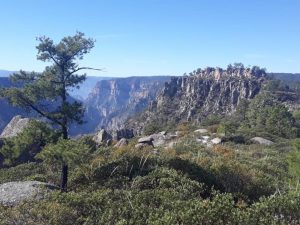 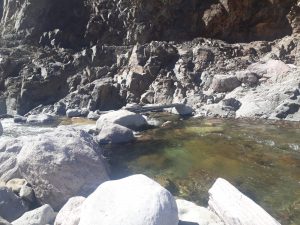 Trudi has very limited internet access and poor mobile phone signal in Mexico, so isn’t able to send lots of messages and photos to everyone like she would normally try to do while abroad.  Trudi has however been able to send us this update of some of the things she has been doing over the past couple of months.

Hi everyone, thinking of you all this Easter Weekend. I pray it is a special time for you in many different ways.

We have had a busy time preparing and working on the foundations of a church construction in one of the villages called Loma Del Manzana.  It’s about a 30 minute drive from Guachochi and is one of the nearest villages we go to.  This is an exciting project and an international team effort for sure!  A huge thankyou to all my supporters who helped to buy this land before a local Mexican team from another city came and helped us to dig the foundations.  Another team from a church in the USA came and cemented half of the floor and will be coming back to finish the second half on another visit. 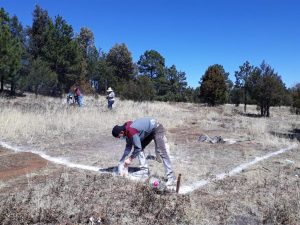 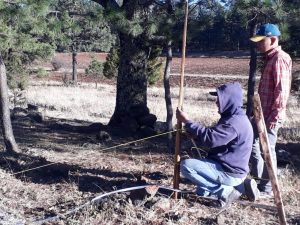 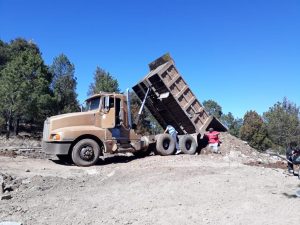 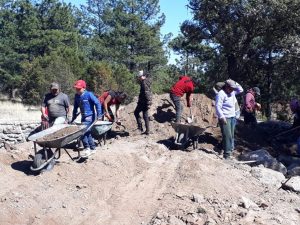 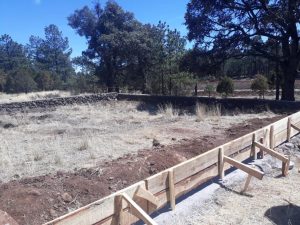 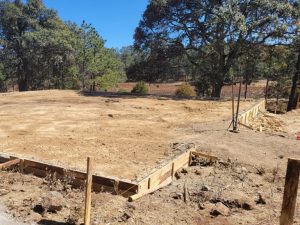 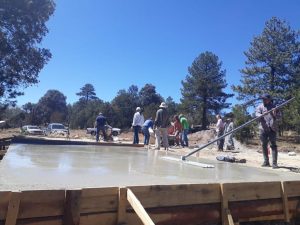 The villagers here really wanted a building as they currently meet under the trees in this village.  A building will be so great in the rainy season!

The size of the plot is 15m x 15m.  There was a lot of rocks, and small boulders that needed moving and it was all hands to the job, even a pregnant friend helped!

It’s been so good to see the local people wanting to get involved and help with the building project.  Unfortunatly the men wanted to work be paid in alcohol.  Drinking is a huge problem in the villages and we obviously could’nt agree to this, but then the ladies came forward and said they too wanted to work, not for money or alchol but instead asked for food baskets.  We agreed and they were amazing, very hard working and strong.  We were able to bless them with large food parcels that covered their families needs and more. 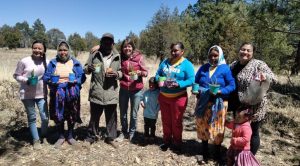 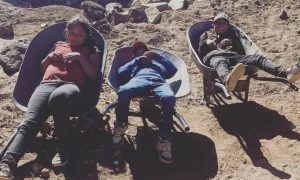 The people here in this village are so committed to coming on Sunday afternoons to worship and hear Gods Word.  Some of them have an understanding now of the gospel and the need of a saviour.  There is also someone here now asking to be baptized. This is great, it’s so much more than just a building project, it’s a revival!

We also did some crafts with the locals during this time which was fun; stone painting, planting flowers and even tye dying bags. 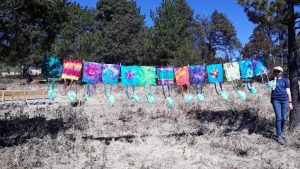 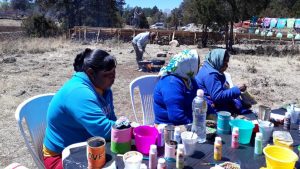 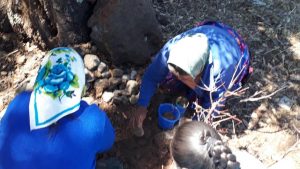 Along with the work of building a church, I have had an amazing time away visiting a remote village.   It was quite a hike to get there, including some river crossings.  There is no electricity nor any phone signal here and their clean drinkable water comes from an underground spring.  It really is a very remote yet amazing place with many kinds of fruit trees like lemon, orange, avacado, papaya, banana and others.  It was also a lot warmer compared to Guachochi where I am living.

Whilst I was there two goats were slaughtered which was not nice to hear or see, but they did taste delicious though.  The tribe were welcoming and friendly and had already been visited by some members of the team.  We had worship and teaching and games.  We were also able to show them a film.

The slaughter of the goats was a whole village affair.  I observed the men and women each had their part in the work, from the killing to the cleaning of the body and then to the cutting up of the meat.  It was a fairly long process that took hours, with the meat cooking over a fire for most of the night.  The tribe would usually drink home made alcohol from corn and party for days when slaughtering a goat, but amazingly this time they were content without partying in that way, and instead watched films and ate popcorn with us, as well as listen to the speaking and worship. 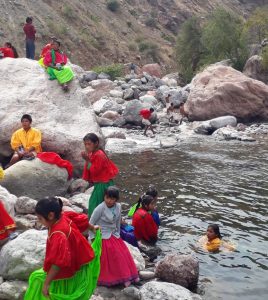 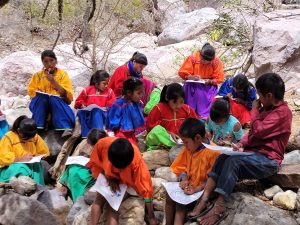 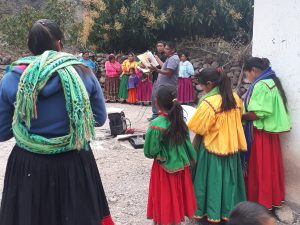